The Danish European Commissioner Margrethe Vestager acknowledges that EU regulations have been far from good enough in restraining social dumping in the transport industry. That is now to be rectified.

Danish European Commissioner Margrethe Vestager: - It is simply impossible for others to compete against this type of completely unacceptable working conditions.

In her first statement, EU Commissioner Margrethe Vestager expresses her opinion of the nearly 200 Filipino drivers, who have been living under miserable and insanitary conditions in Padborg in the Southern part of Denmark and allegedly worked for wages as low as 15 DKK an hour.

And she do not pull her punches:

- The fact that people come from across the world and work under slave-like conditions is without the dignity that I believe everyone would expect. This brings your worries to a completely new level, she states to Fagbladet 3F.

Margrethe Vestager further points out that the conditions affect the Danish drivers:

- It is simply impossible for others to compete against this type of completely unacceptable working conditions.

According to Vestager, free movement is a good thing – but not at all costs:

- It is a good thing that an EU citizen of any country can move and get work. But an equally bad thing, if it negatively affects your new colleagues in the country you moved to and where you work. It is wrong that you can be stuck in the same traffic jam on the motorway in separate trucks, bound for the same destination, carrying the same cargo and not get equally paid for it.

Margrethe Vestager acknowledges that the EU legislation on the subject is far from sufficient:

- Enforcing the law has been quite difficult. The level of complexity is so high that the authorities have had no idea of how to take action. The rules for cabotage have been far too vague. Having letter box companies that in reality do not actually exist, and nomad truck driver who practically live in the trucks they are driving is completely unacceptable.

Last year Commissioner of Transport, Violeta Bulc presented her proposals for new European transport legislation via the so called Mobility Package. It is a piece of legislation that, among other things, seeks to confront unfair competition and social dumping in the transport industry.

- We have to move forward in this area, using legislation that can be enforced and ensures decent conditions for truck drivers and fair competitive conditions between the various groups of employees. To us (the European Commission), it is very important to get this passed.

Warns Against a Bad Compromise

Passing the bill is not without its hurdles though. So far, the European Parliament has spent a year and a half not making up its mind. And later, the Ministers of Transport in the Council of Ministers have to agree on the new piece of legislation. Everything has to be in place before the elections for new members of Parliament and Commission next spring.

At the moment, the Austrian presidency is making an attempt with a compromise. But Vestager warns people against being too pragmatic:

- I would be sad if the proposed compromise hinders effective legislation. It is important to pass legislation that the authorities in every country can enforce. The issue with compromises is that they, at times, can make a fuss of things, because everyone has to have their share, she says.

What makes it at all possible for Filipinos to work in Europe, while being paid low wages, is that the European countries have been given the opportunity to open up their labour markets to, for instance, truck drivers from countries outside the EU.

- If consequently you have to be content with 15 DKK an hour, it is just not right. But if you and your colleagues are paid the same, and there is an actual shortage of labour, it is a completely different scenario. It is all about tightening and clarifying the legislation. It is not right if one country can easily hand out work permits, while another is more restrictive. We have to have equal pay for equal work, Margrethe Vestager says. 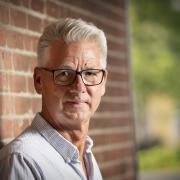 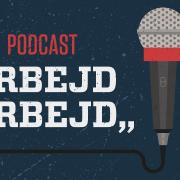 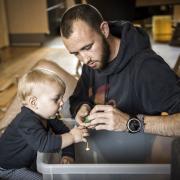 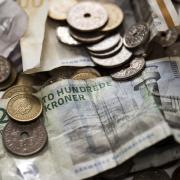