Uber is being watched carefully by governments in 71 countries, cities and federal states around the world. A new estimation finds Uber’s global record to be 41 bans on driving, 12 big fines, and 18 court cases. Get an overview on the world map here. 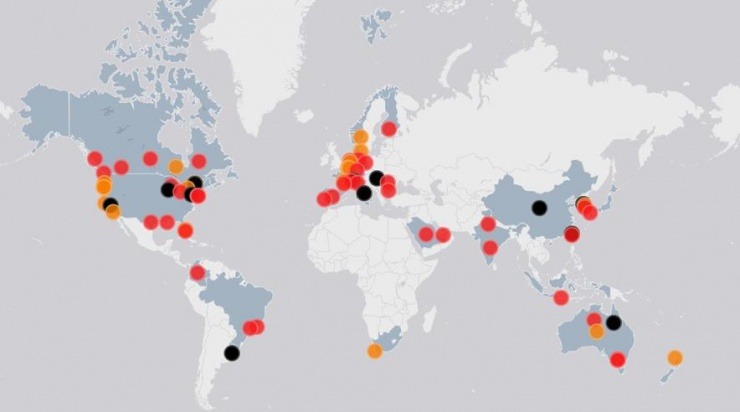 Uber is battling laws in 71 countries, cities and federal states around the world with an overall global record of 41 bans on driving, 12 big fines, and 18 court cases. In Denmark, Uber is facing charges for illegal taxi driving.
The Danish Union Magazine 'Fagbladet 3F' has visualized Uber's legal troubles on a word map . It shows the countries, cities and federal states where Uber has been fined, banned from driving, sentenced, or where trials against the service are pending.
Danish authorities are yet to decide whether or not Uber's business model is illegal in Denmark. Copenhagen Police has charged a number of Uber drivers with breaking Danish taxi laws.
The first cases will go to court by the end of April 2016. Back in 2014 the company behind the Uber app was reported to the police by the Danish Transport and Construction Authority for illegal taxi driving and violating Danish laws on passenger transport.

Denmark is not alone

The president of Danish Union 3F's Transport Group, Jan Villadsen, points out that the map shows Denmark is far from the only country, where Uber has sparked controversy and put pressure on normally paid jobs and fair transport.
- Most importantly it shows how authorities and politicians are taking action against Uber's business method in several countries. Denmark is not alone with these lawsuits. And if further measures have to be taken, Denmark will not stand alone either, Jan Villadsen says. In his opinion, Uber is an illegal pirate taxi company:
- The only difference from private car drivers who hail customers illegally at night is that Uber hails costumers through an app. And that Uber demands 20 percent of the profit.
Uber's services are putting the taxi business under heavy pressure, and Danish taxi drivers are criticising how Uber drivers are not subject to mandatory requirements such as insurance, registration for business use of vehicles and other such compulsory expenses, which create an unfair competition.
Fagbladet 3F has based the estimation of Uber's global record on a report made by the International Transport Workers' Federation (ITF) in London.

On March 21st Fagbladet 3F got to ask Oliver Carrà, the Nordic Communications Lead for Uber, a series of questions.
For example:

Is it a problem for Uber to have all these cases worldwide?
- Uber is currently available in 400 cities spread across 70 countries. We in Uber see an international momentum, since authorities worldwide are making new laws which take new technological developments such as digital platforms into account. There have been legal challenges with some of our services. Those challenges were caused by laws made before the internet and smartphones and not to mention Uber. The estimation presented here is a sizeable exaggeration, he replies in an e-mail.

What is Uber's reaction to the fact that many countries find your business methods illegal?

- Uber's business model has never been in question. We are, however, dealing with a set of rules written before the invention of the internet, not to mention smartphones and Uber. These rules are applied to certain services we provide. This causes some odd disagreements and even contradictory rulings, which is why the European Commission is investigating the possibility to harmonise Europe's approach to a shared economy and the foundation of a digital single market.

Does Uber plan to cancel activities in Denmark viewed in the light of your wordwide legal troubles?
- We are currently investing in Denmark like never before. We have a growing technology centre for developing software where some of the best developers and technicians are working to improve Uber for Danish as well as worldwide costumers. Simultaneously, we are recruiting new drivers to meet huge global demands. As related to the service itself, we are happy that the Danish government recognises the advantages carpooling and ride-sharing can have, and that they are working to update Danish rules and clarify the matter for everyone. 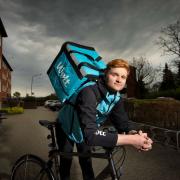 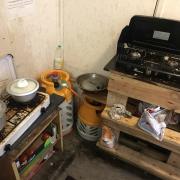 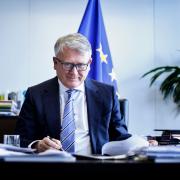 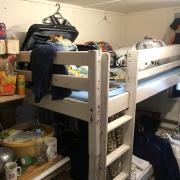