​​​​​​​The Danish Chamber of Commerce and 3F Transport have concluded a nationwide collective agreement for food delivery services, giving couriers who deliver takeaway meals a regulated wage, pension and sickpay. The delivery-giant Just-Eat, with its 600 couriers is the first to sign the agreement.

Just Eat CEO Carsten Boldt emphasises that it has been very important for them to take the lead:
Pressefoto

The Danish Chamber of Commerce and trade union 3F Transport have just concluded a groundbreaking national agreement for food delivery services which considerably improves conditions for takeaway couriers without pricing out consumers.

Among other things, the agreement secures a regulated wage, pension, maternity pay, holiday pay and sick pay for couriers who deliver pizza, burgers and other takeaway meals to Danish consumers, provided their employer signs the collective agreement.

The Food delivery giant Just-Eat has become the first online platform to sign the agreement, which will take effect for all of its couriers later on in the year.

Just Eat: Proud of the agreement

Just-Eat CEO Carsten Boldt emphasises that it has been very important for them to take the lead:

- As the market leader, it has been important for us to set the agenda and secure an agreement which is good for our employees and which also makes sense for us. I am proud that we have now managed to secure such an agreement, he says.

He states that Just Eat, which operates in 23 countries worldwide, has around 600 couriers in Denmark. In 2020, they delivered more than one million orders to hungry Danes, which constitutes just 10 per cent of Just-Eat’s total business in Denmark – the rest comes from orders where the restaurants themselves make and deliver the food.

- It has taken two years of hard work and constructive dialogue with 3F to draw up this agreement, but it has been worth the effort. Especially for our couriers and our future. And hopefully for the entire sector, says Carsten Boldt, adding that Just Eat has not had any problems recruiting couriers thus far.

- But I think it will become even easier to recruit couriers and to retain them now that there are firm conditions in place. Some will surely appreciate the security that comes with that, says Carsten Boldt.

Morten Schønning Madsen, Deputy Director of the Chamber of Commerce, is pleased to have an agreement in place that companies can opt in to.

- It is a good agreement with competitive salary and employment conditions. We therefore hope that other companies will sign up to the agreement as well, in addition to Just-Eat. This is a nationwide agreement so it can be used by other companies which have couriers who deliver food and takeaways, says Morten Schønning Madsen.

Working hours are at least eight hours per week and up to 37. Working hours can vary within a reference period set over three months, with ordinary working hours being subject to a maximum of 44 hours in any one week but with an overall average of 37.

Work in excess of ordinary working hours will incur an overtime bonus of 50 per cent for the first three hours of overtime and 100 per cent for additional hours after that.

3F: Now consumers have a choice

- We have been given an important tool when it comes to getting companies in this sector covered by a collective agreement. We are already in full swing with this work and we hope that more will take on their employer responsibility, says Kim René Busch, Bargaining Secretary at 3F Transport.

He emphasises that this agreement is also the first important step in allowing Danes to order takeaway food with a clear conscience.

- I am very pleased that Just-Eat is now taking the lead within the industry. This is a shining example of how you can easily run a sound and healthy business while simultaneously taking good care of your employees, says Kim René Busch, continuing:

– Now Danish consumers have a choice between good and decent working conditions or the opposite. I believe that most will choose the former option. At the same time, I would also point out that this introduction of a good wage and other conditions for Just-Eat couriers will not mean a price hike for individual consumers, says Kim René Busch. 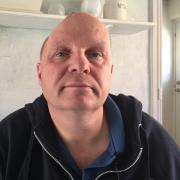 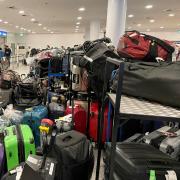 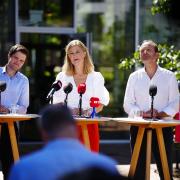 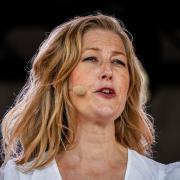